The Waiʻōhinu coastal strand on the southeast coast of Hawaiʻi Island is a spectacular native habitat spanning about two miles of shoreline. This coastal ecosystem has three dozen species of native dry-forest plants, several anchialine pools and an extensive array of Hawaiian cultural sites. 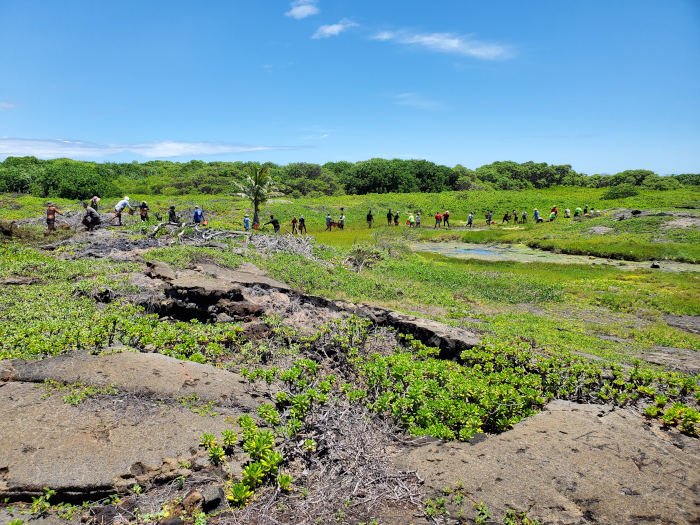 Hui Loko volunteers from around the state join us to remove highly invasive golf-course grass (bucket by bucket) from around the periphery of this anchialine pool.  Photo by W. Gilmartin / HWF.

In 2003, Hawai‘i Wildlife Fund (HWF) began working with the State to move control of the property from the Land Division (where it was being leased as part of a larger grazing parcel) to the Division of Forestry and Wildlife (DOFAW) where conservation of the resources might be better protected. With support from US Fish and Wildlife Service (US FWS) and private donations, HWF paid for the boundary surveys needed to subdivide the parcel in 2006 and rezone the coastal portion (1,353.3 acres) into conservation land use in 2007. DOFAW staff began supporting HWF’s efforts to protect the native coastal strand plants in the area soon thereafter, but final approval of the transfer didn’t occur until late 2013. Since then, this parcel is officially considered part of the Kaʻū Forest Reserve. 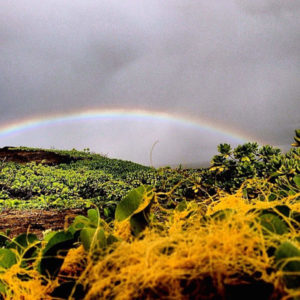 Since 2003, HWF has worked to protect this coastal treasure by removing non-native plants, dredging the anchialine pools, and removing hundreds of tons of marine debris that accumulates on the coast. Through the years, we’ve used the site as an educational demonstration of what an intact “Hawaiian coastal ecosystem” looks like. US FWS, NOAA, DOFAW and the Hawai‘i Community Foundation all provided grants to HWF between 2010 – 2016 to help us restore anchialine habitat and protect native coastal plants. In recent years, the Massen Greene Foundation (MGF) has funded this project and enabled us to bring grade-school students, and college groups to experience the place, learn about the plants and pools, and participate in some of the coastal restoration work.

Many thousands of hours of work by these student volunteers and community groups have made it possible for Waiʻōhinu to maintain its unique native character, and provide habitat for numerous visiting (migratory) and resident winged, furred, finned and flippered species. HWF continues to host regular coastal cleanup events in this area. In addition, thanks to MGF, we strive to coordinate quarterly estuary workdays to maintain the health of the two larger Ho‘onoua anchialine pools on the property and our team conducts regular efforts to both collect native seeds (for the future) to store them with the Hawai‘i Island seed bank, and we continue to target especially noxious weed species like lantana, sourbush, and Christmas berry that will overtake the natives when given the opportunity. 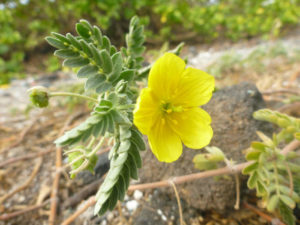 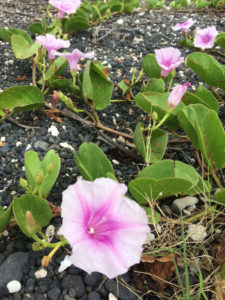 We look forward to sharing more about this gem of a coastal ecosystem soon, and in the meantime you are invited to join us to help steward this area now and into the future.