Last nesting season, a rare Maui hawksbill sea turtle (honu‘ea or ‘ea) was outfitted with a satellite transmitter, and after laying her fifth nest of the summer, was tracked to her journey to her foraging grounds in Kahului Bay, Maui. Hawaiʻi Wildlife Fund and NOAA Pacific Islands Fisheries Science Center (PIFSC) collaborated to equip the hawksbill turtle with a satellite tag after she finished nesting. Seasoned sea turtle researchers, Hannah Bernard and Cheryl King, and new HWF team member, Amanda Lloyd, conducted the tagging process under the terms of state DLNR and USFWS endangered species permits issued to HWF by the two agencies. This is the 12th hawksbill turtle that HWF has monitored and tagged since 1996 on Maui*, and the 8th hawksbill turtle that HWF has tagged with a satellite transmitter in partnership with the PIFSC. 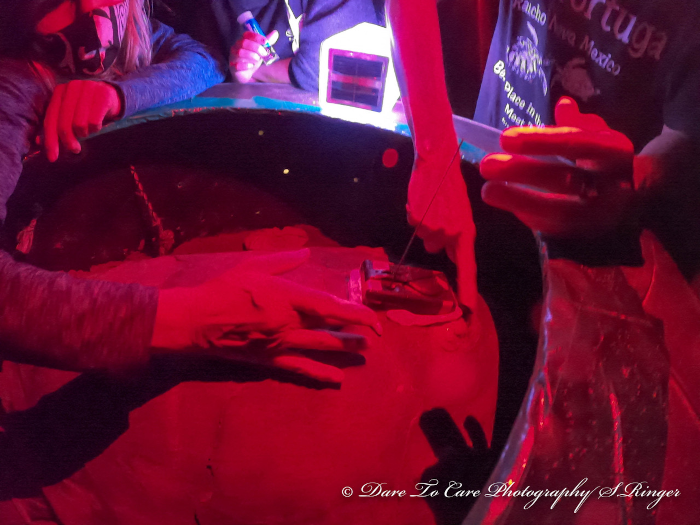 Bernard, Lloyd and King applying the satellite tag to Mama Hua after she laid her nest (using red light so she isn’t disoriented). Photo by HWF volunteer S. Ringer with Dare to Care Photography.

Dr. Alexander Gaos, a Marine Research Ecologist for NOAA PIFSC, sent the transmitter to the team once he learned that a hawksbill was nesting on Maui. Usually only one or two hawksbills nest on Maui in a given year, and the HWF team and volunteers have monitored this species for the past 25 years, tagging and protecting the hawksbill mothers and their hatchlings from disturbance. This long-term tagging project has revealed that Hawaiʻi’s hawksbill turtles primarily remain within the main Hawaiian Islands for their adult lives and do not migrate away from the archipelago, but they do migrate between neighboring islands after nesting. The most recent hawksbill mother to be equipped with a satellite tag was dubbed, “Mama Hua” (egg-shaped moon) and we invite you to visit the Animal Tracking Network webpage to see her updated track and learn where she migrates to once leaving the nesting ground. You can also check out the scientific article that HWF contributed to that was published last year by Dr. Gaos and colleagues about Hawaiian hawksbill sea turtle migration here. 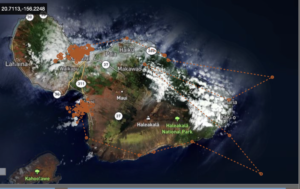 This tagging and tracking work is of utmost importance to our conservation efforts for this critically-endangered sea turtle species.  Additionally, it lends strength to our convictions and determination to focus our coastal cleanup efforts in areas of importance for foraging and nesting of honu‘ea, like at Ka‘ehu Bay on Maui and along the Kaʻū coastline on Hawaiʻi.

Follow-up information can be found in these publications (HWF team member contributions highlighted in bold):

* Additional hawksbills have also been satellite tagged / tracked by HWF team members from Hawai‘i Island. This blog represents our Maui efforts only.