“The mission of our Hard to Reach cleanups is to take action against plastic pollution that impacts our wildlife through entanglement, strangulation, ingestion, and ultimately extinction,” said Farrell. “We’d like to thank our all-star crew of Love The Sea volunteers for helping us safely complete this mission at Kahakuloa, cleaning one of Maui’s precious but often forgotten coastlines.”

Farrell estimates 95 percent of the plastic recovered from the ocean was discarded from commercial fishing vessels, including fishing floats, buoys, nets, and line debris. The remaining plastic items recovered were consumer products like boogie boards, kayaks, apparel, footwear, and plastic bottles. In an effort to divert more waste from Maui’s landfill, the bags of debris were hauled to Love The Sea’s baseyard to sort and repurpose.

Once 50,000 lbs. has been collected, it will be packed into a container and shipped to Parley on Oʻahu to be recycled or used for energy. 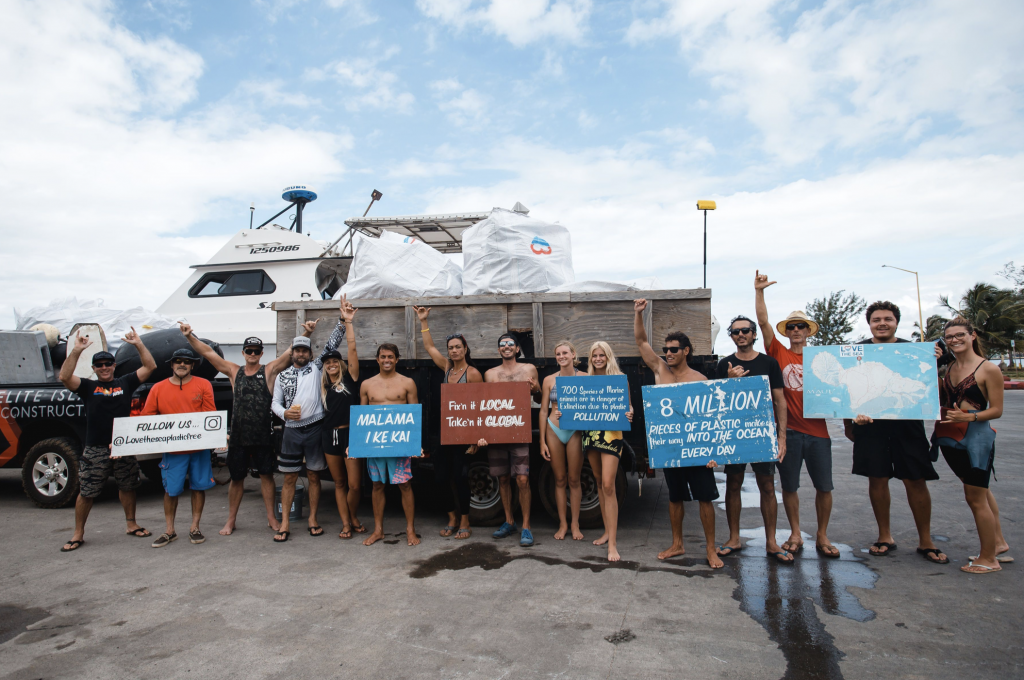 Love The Sea is dedicated to monitoring and cleaning the coastal regions of Maui County and beyond, and aims to coordinate four H2R coastal cleanups annually. Each H2R cleanup is a massive effort removing approximately 1,200 pounds of plastic from the ocean environment per hour of picking, with roughly two dozen volunteers per cleanup.

Love The Sea is a nonprofit organization co-founded in 2015 by Campbell Farrell. The vision of Love The Sea is to live in a world where the ocean is healthy and abundant with life—not plastic. Love The Sea is on a mission with coalition partners to monitor and clean every oceanfront mile in the Hawaiian Islands and beyond.”