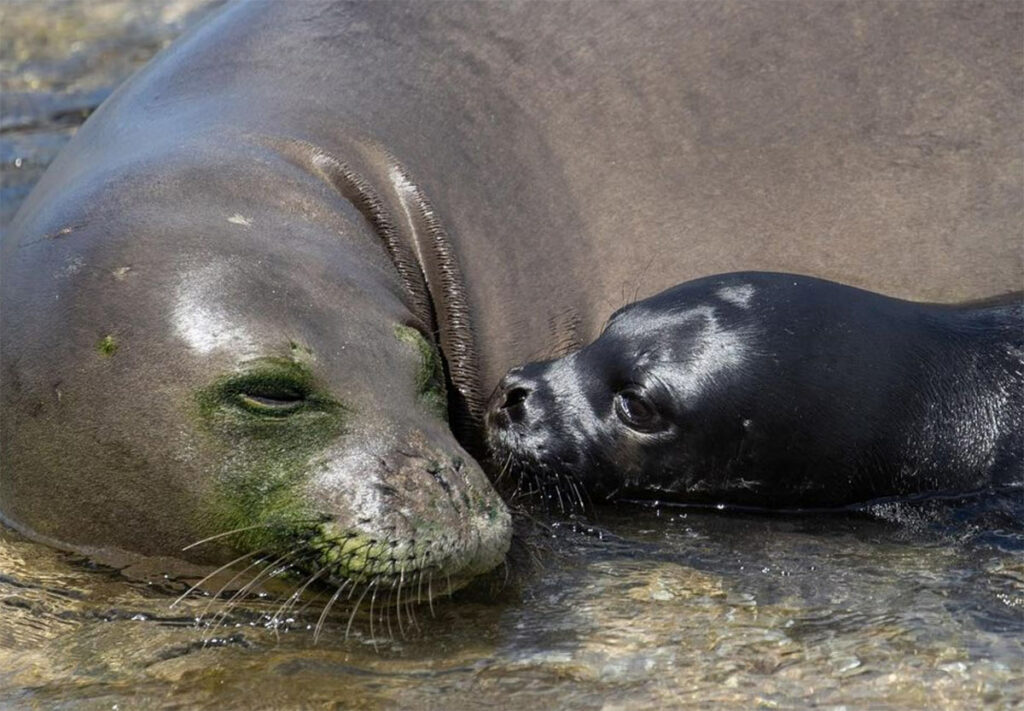 Big mahalo to photographer Erik Kabik for letting HWF share his special photos from the day of the birth to 20 days later! See the gallery below for more of Erik’s wonderful shots of mama and baby.

HONOLULU, Hawaiʻi (HawaiiNewsNow) – A Hawaiian monk seal pup came into the world Monday at Kaimana Beach – and beachgoers are being urged to keep their distance.

After the birth, wildlife experts quickly responded and blocked the area off.

NOAA Fisheries said the Hawaiian monk seal that gave birth is identified as RK96 or Kaiwi.

“NOAA and partners are responding to the situation, and ask that the public please give mother and pup plenty of space and avoid disturbing them in order to ensure the mother remains with her pup, and the pup gets the nutrition it needs to develop properly,” NOAA said, in a statement.

“The public should also be aware that mother seals can be very protective of their young and are more likely to exhibit territorial behavior with a pup. For their safety and yours, please stay behind any fencing or signs and listen carefully to the instructions of officials on site.”

According to the Marine Mammal Center, Hawaiian monk seals are usually born at around 35 pounds and 3 feet long. A newborn typically nurses with its mother for about one month. 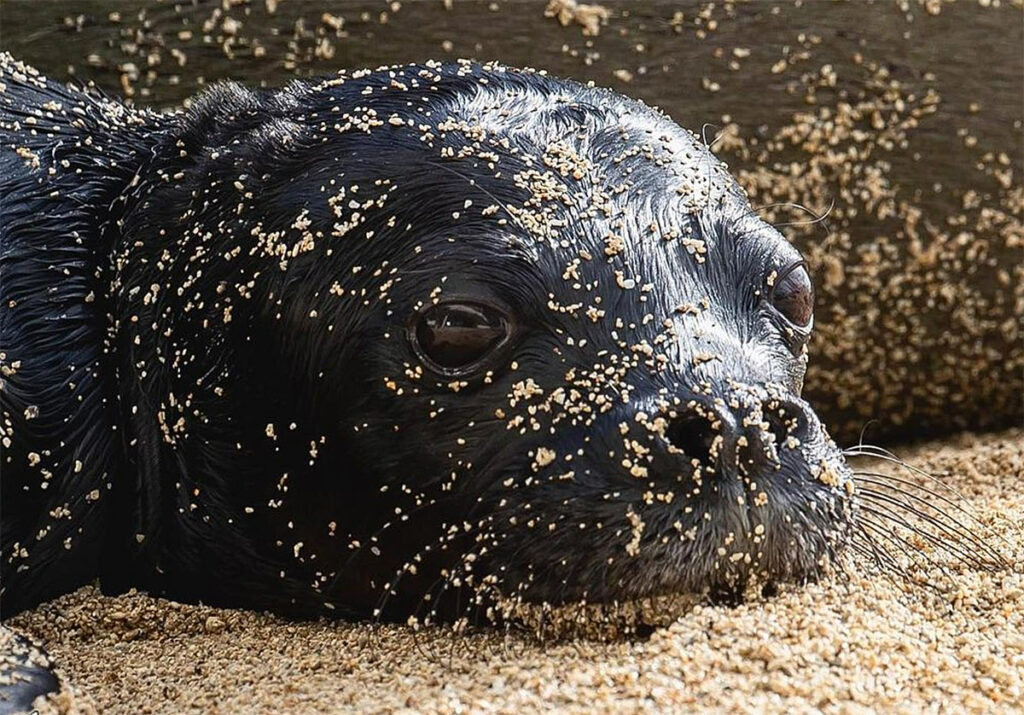 The Hawaiian monk seal (Monachus schauinslandi) is the only truly tropical seal in the world and it is critically endangered. There are fewer than 1,400 monk seals remaining in the entire Hawaiian Archipelago.

Monk seals are mostly nocturnal feeders with a very diverse diet including eels, octopus, lobsters and fish. They come up onto land to rest, and to give birth and nurse their young. They are very sensitive to human disturbance at their haul-out sites.

Mother monk seals nurse their pups on the beach for approximately six weeks and must not be disturbed. Although their total numbers are decreasing every year in the Northwestern Hawaiian Islands, those monk seals born in the Main Hawaiian Islands are surviving better and need our continued vigilant protection.

HWF biologists and volunteers have worked to help protect Hawaiian monk seals and pupping / haul-out habitat in Hawaiʻi since we were founded in 1996.  We continue to advocate for seals in classrooms and during our coastal restoration efforts, and to collaborate with fellow NGO partners like The Marine Mammal Center’s Ke Kai Ola monk seal rehabilitation facility in Kona, and NOAA’s National Marine Fishery Service’s headquarters in Honolulu to help support this particularly charismatic and endemic species to Hawaiʻi nei.

Images of Kaiwi’s pup from birth to 20 days old